Antarctica and the Arctic are positioned at opposite ends of the world, and there are many differences between these two Polar Regions.

Kara Weller, Discovery Team Leader for Scenic Eclipse provides her top 10 differences between Antarctica and the Arctic.
1. Origins
The word “Arctic” comes from the Greek Arktos which means bear after the constellation that can be seen in the north. “Antarctica” is the anti-arctic or opposite of the north. 2,000 years ago the Greeks believed that a continent must exist in the south to counterbalance the north.
2. Land vs. water
Antarctica is a continent surrounded by ocean. The Arctic is an ocean surrounded by land.
3. The Aurora
The Aurora occurs both in the Arctic and the Antarctic. The Northern Lights or Aurora Borealis shine in the north and The Southern Lights or Aurora Australis lights the sky in the south.
4. Temperatures
Both regions are cold, but Antarctica is considerably colder than the Arctic. The average temperature at the North Pole during the coldest month of February is minus 40 C, compared to minus 57 C at the South Pole during the coldest month of September.
5. Elevation / depths
Antarctica is a high continent with ice and snow covering mountain ranges averaging 7,000 feet with a maximum depth of nearly 3 miles. Its highest mountain is Mt. Vinson standing at 4,897 metres. In contrast, the Arctic is a deep ocean averaging 3,400 feet, with a total depth of 13, 980 feet. The deepest point is Litke Deep in the Eurasian Basin, at 5,450 metres.
6. Plant life
As the Arctic is warmer, more than 900 species of flowering plants, 500 mosses and over 2,000 lichens can be found growing there.  Since 98% of Antarctica is permanently covered in ice, and has a colder climate, there are only two species of flowering plants that grow in Antarctica, as well as 50 mosses and 200 lichens.
7. Wildlife
All mammals found in Antarctica are marine mammals, whilst the Arctic is home to approximately 48 species of terrestrial mammals including wolves, lemmings, arctic hares, muskox, and reindeer. Polar bears only exist in the Arctic and cannot be seen in Antarctica, whilst Penguins are only found in the southern hemisphere, and cannot be seen in the Arctic.
8. Native cultures
The Arctic has been inhabited by people for thousands of years and today more than approximately two million people live north of the Arctic Circle. Some of the major native groups found across the Arctic include the Inuit (Canada), Inupiat (Alaska), Yupik (Russia and Alaska), Chukchi (Russia), Kalaallit (Greenland) and Sami (Norway, Sweden, Finland and Russia). Antarctica however has no native culture and never has. The only residents found here are workers at the research stations, with a population of approximately 4,000 people in summer and roughly 1,000 in winter.
9. Explorers
Both regions have attracted their fair share of explorers in search of glory, scientific and geographic knowledge. This is especially true over the last 100 years during what is known as the “Heroic Age” of polar explorations. Many of the key players explored both the South and the North Pole regions. Roald Amundsen was the first person to reach the South Pole, but he was also the first to transit the Northwest Passage and reach the North Pole by airship. James Clark Ross located the position of the north magnetic pole, and discovered the Ross Sea and Ross Ice Shelf in Antarctica.
10. Tourism
Tourism in Antarctica only really began in the late 1950’s and has since grown rapidly. The number of tourists are still relatively small with approximately 40,000 visitors per year compared to the Arctic, which is easier to visit with airports and roads leading people to towns and villages. Only a few areas on the Antarctic Peninsula are concentrated with people, where landing is more accessible.
Not many people in the world will have a chance to visit Antarctica or the Arctic. The greatest thing anyone who visits can do, is when home again, tell the rest of the world what a fascinating spot this wild and beautiful part of the planet is, and that we should do all we can to keep them that way.

Not sure which Polar Region to travel to? Request a FREE brochure 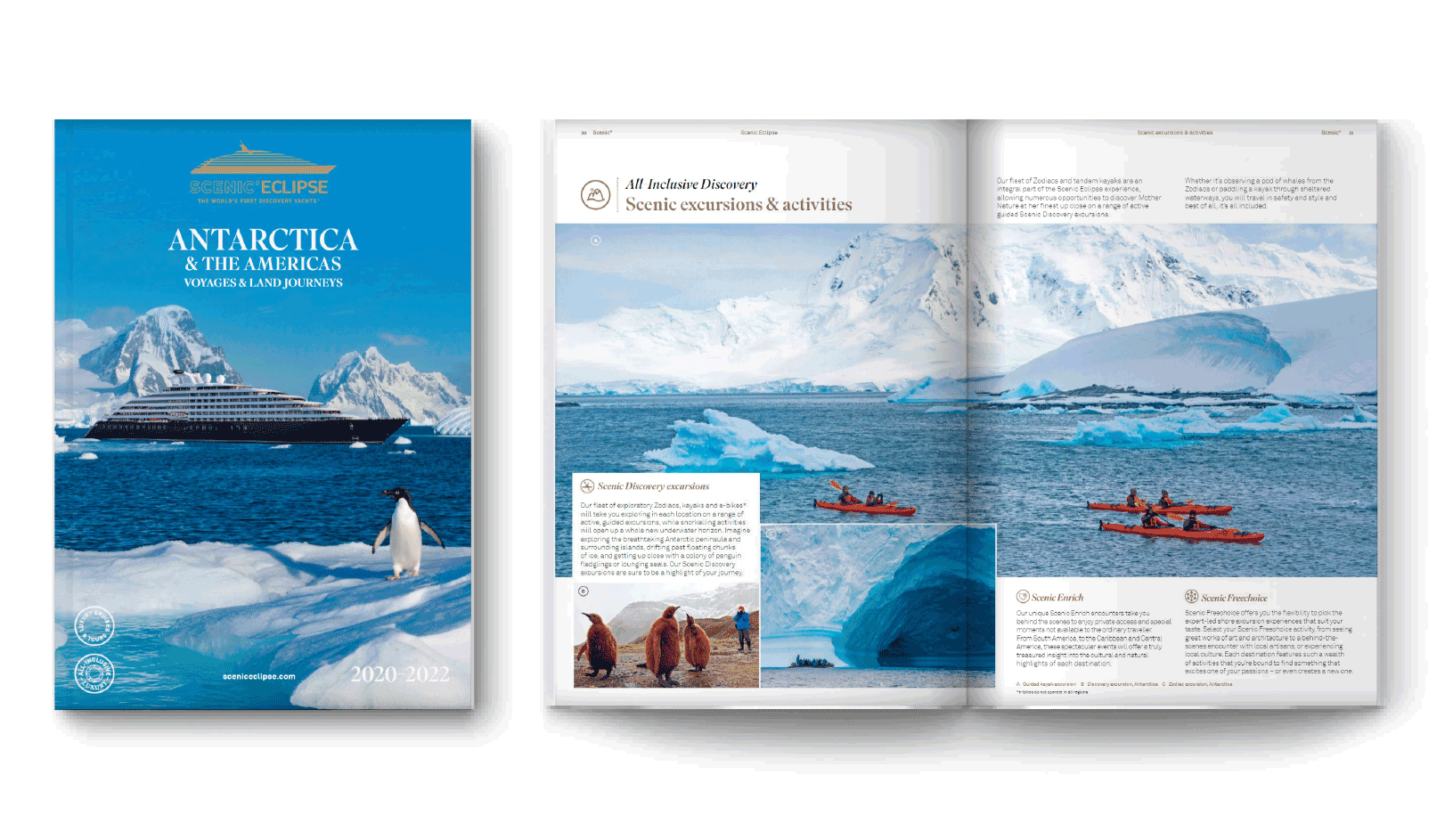 Journey to the top of the world

From the majestic fjords of Norway, the Arctic Islands of Svalbard, Greenland and Iceland to the epic Northwest Passage, a cruise to the Arctic is a rare opportunity to escape into the immensity of this vast wilderness.

Scenic Eclipse sets the standard in ocean cruising in terms of technology, size and luxury. State-of-the-art safety features allow us to unlock destinations others can only dream of.