We are pleased to share an advanced release of our 2022 Europe river cruises. With increasing demand from our guests to confirm future travel, we have released our 2022 departure dates early, so you can be among the first to choose your preferred itinerary, departure date and spacious suite. The rich culture, diverse history and postcard-perfect landscapes are yours to dream, plan and look forward to in 2022.

When travelling with Scenic along Europe’s iconic rivers, your journey will be one of truly all-inclusive luxury. Our Journey Designers have carefully curated each itinerary to include a selection of memorable experiences and new enhancements planned for our 2021/22 seasons. Enjoying small groups during our Scenic Freechoice activities, you will be able to immerse yourself in the heart of each destination and personalise your journey, to suit your interests and desired pace. Our exclusive behind-the-scenes Scenic Enrich experiences will create memories to last a lifetime. All elements of a Scenic Space-Ship have been carefully designed with you in mind. With no more than 163 guests on board, there’s ample space to relax, explore, indulge and dream. You’ll enjoy a variety spacious public areas (indoors and outdoors), multiple dining areas, a dedicated Wellness Area and some of the largest suites on Europe’s rivers.
Your suite will also become your own private haven. Balcony Suites include our signature Scenic Sun Lounge, offering a floor to ceiling window onto the passing landscape and a fresh river breeze at the touch of a button. All of our luxurious suites feature exclusive Scenic Slumber Beds, exquisite amenities and butler service.

Relaxation and well-being are at the heart of our river cruises. Enjoy the fresh air, reach your 10,000 steps or simply sit back and take in the passing European countryside from the Sun Deck, which spans the full length and width of each Space-Ship. Experience the healing benefits of the Salt Therapy Lounge# in our Wellness Area, known to benefit respiratory conditions and help immunity. You can also indulge in up to five all-inclusive dining options on board our Space-Ships, from casual dining to multi-course degustation meals. All dishes are expertly prepared by our chefs, using local ingredients and flair. All beverages are included* so you can relax and enjoy your favourite beverages with friends and family everyday.
#Salt Therapy Lounge not available on all Scenic Space-Ships. *Excludes a  small number of fine and vintage wines, Champagnes and spirits.

Walk in the footsteps of history

Along Europe’s waterways, you will encounter locations that were very prominent in history. From former battle sites and memorials to royal castles and historic homes, there are many tales waiting to be heard by those with an interest in European legacies or those after a glimpse into the colourful past.

If you are seeking to learn more about the history of the two World Wars, our Romantic Rhine & Moselle river cruise includes two new insightful excursions. Visit the Belgian towns of Ypres and Passchendaele on a full day excursion as a Scenic Freechoice activity. Your expert local guide will share insights into the strategies deployed by the Allies to defend against the German troops and how these devastated towns were rebuilt in the aftermath. Another Scenic Freechoice excursion will take you to the Netherlands American Cemetery and Memorial near Maastricht. Learn more about the American soldiers who fought here during WWII and visit the Eben Emael Fortress which was built to defend against the invading forces.

As well as infamous battles, you can trace a royal family tree during our Gems of the Danube river cruise. A new Scenic Freechoice activity will take you on a behind-the-scenes tour of Austria’s 13th-century-built Artstetten Castle, situated near the Wachau Valley. The castle has welcomed famous residents over the years, including Archduke Franz Ferdinand. Join the castle’s current owners on a tour to hear longstanding tales, plus explore the family crypt and onsite museum. Cook with the locals

A much-loved part of any travel experience is the diverse types of cuisines you get to experience. During your time on board our Scenic Space-Ships, you will find a dining menu and venue to suit your tastes. We will also take you on a culinary journey during your time spent onshore in the small villages and rural communities we visit. The on board cooking school on our France ships, Scenic Culinaire, is also a highlight for many guests.
An exciting new addition invites you to discover the ‘Ancestry of the Kitchen’ during several Scenic Freechoice cooking experiences. A particular highlight is a Banica-making class on our Danube Delta Discovery river cruise in the quaint town of Vidin. Banica is a traditional Bulgarian pastry dish and you will visit with a local who will share their traditional family recipe for making it and share stories about life in rural Bulgaria.

If you want to explore the vibrant flavours of Portugal in 2022, the Unforgettable Douro river cruise includes a bread-baking class in the renowned wine region of Régua. Meet with a local family for a demonstration of how to bake delicious crusty bread in a traditional wood-fire oven. The best part of all will be sampling the warm bread as you listen to family tales from the Douro Valley. Let the natural beauty and stunning landscapes inspire you

A river cruise through Europe will take you to times and places where Mother Nature is at her finest. Waking up to a new view each day from your Scenic Sun Lounge or watching the passing scenery unfold from the Sun Deck is the perfect way to spend your time. From rolling vineyards, colourful fields in bloom and luscious forests, these peaceful moments are yours to experience in 2022.

The region of Provence in France boasts some of the country’s most stunning scenery. The 2021/22 South of France river cruise includes a visit to the charming village of Roussillon. Home to ochre-coloured houses and flower-lined cobblestone streets, your day features a tour of a local Lavender Museum. The fragrant purple flower captures Southern France’s quintessential relaxed atmosphere.

During our most popular itinerary, Jewels of Europe, the windmills and Dutch countryside will inspire and amaze you. On the outskirts of Amsterdam, our newly added Scenic Freechoice tour of the villages of Alkmaar and Schermerhorn, will showcase some of the finest 16th-century windmills that have become such an iconic part of the Netherlands landscape. 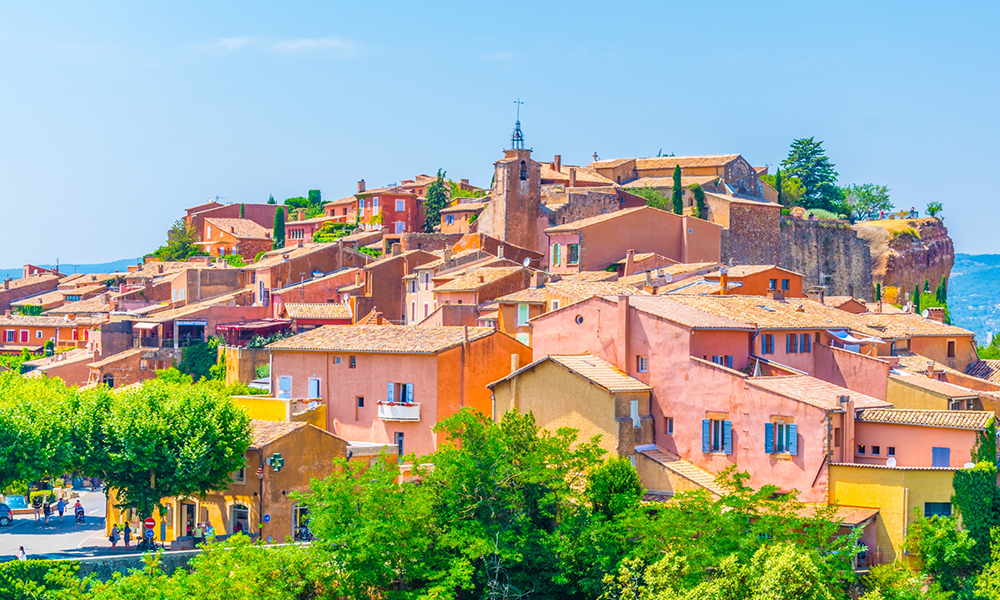 Start planning your future travels on a Scenic Europe river cruise in 2021 or 2022 and cruise with confidence. Our commitment to your health, safety and well-being remains our core priority. We are working closely with Cruise Lines International Association (CLIA), local and international Government health agencies, to ensure our protocols exceed the latest regulatory requirements. You will be informed about these important procedures, well in advance of your departure. Click here for the latest information.

Normandy & Gems of the Seine
Paris to Paris
Cruise along the Seine on an 11 day journey from Paris to Honfleur. Tour the historic Normandy beaches and visit Giverny where you can see Monet's gardens.
Offers Available
Save $3600 per couple
Conditions apply
11 day
From (NZD)
$ 7,445
$ 5,645
Discover

South of France
Lyon to Lyon
Over 11 days, cruise along the Saône and Rhône through the South of France in 5-star all-inclusive luxury. Highlights include Lyon, Avignon, Viviers & Beaune.
Offers Available
Save $3600 per couple
Conditions apply
11 day
From (NZD)
$ 7,475
$ 5,675
Discover

Unforgettable Douro
Porto to Porto
Cruise the beautiful Douro Valley on an 11 day river cruise. Discover the treasures of Porto, the vineyards in Regua, Vinhateiro & the Côa Valley.
Offers Available
Save $2000 per couple
Conditions apply
11 day
From (NZD)
$ 8,245
$ 7,245
Discover

Romantic Rhine & Moselle
Basel to Amsterdam
The romance of Europe is alive and well on this 15 day cruise from Basel to Amsterdam exploring the beautiful Rhine and Moselle Rivers.
Offers Available
Save $3600 per couple
Conditions apply
15 day
From (NZD)
$ 8,785
$ 6,985
Discover

Danube Delta Discovery
Vienna to Bucharest
Journey from Vienna to Bucharest for an enchanting cruise along the Danube, passing through the iconic Iron Gates. Stop at Budapest, Pecs, Osijek & Vidin.
Offers Available
Save $3600 per couple
Conditions apply
15 day
From (NZD)
$ 8,795
$ 6,995
Discover

Danube Delta Discovery
Vienna to Bucharest
Waltz through Europe on a 15 day river cruise from Vienna to Bucharest. Explore the beautiful old towns and immerse yourself in the history and culture.
Offers Available
Save $3600 per couple
Conditions apply
16 day
From (NZD)
$ 9,125
$ 7,325
Discover