Your guide to exploring the Kimberley & Top End

From prehistoric landscapes to primitive reptiles, northern Australia is an enigma that will beguile, surprise and move you in ways you never imagined. Explore from the Northern Territory’s Top End to Western Australia’s Kimberley region, experiencing range of sacred indigenous sites, indulging in therapeutic forest bathing, and revere the majestic geological monuments that Mother Nature has generously gifted to this region.
The Kimberley region lies between the cities of Broome and Darwin - with the Top End encompassing Darwin, Kakadu National Park, Katherine, and all that lies between. Darwin and Broome are both great starting points for launching your journey to one of Australia’s truly wild places.
During a Scenic handcrafted journey, you will discover both the famed sights, as well as little known jewels of northern Australia with your expert Tour Director, and only share the experience with a small number of fellow travellers.
When you decide to explore this incredible region, be sure to add the following must-see sights to your exciting itinerary.

While the arid outback is one of its most notable features, the vast and wonderful landscape of Northern Territory has also been blessed with an incredible variety of plant and animal species. Kakadu National Park is not only Australia’s largest national park, but also hosts one-third of the country’s bird species, so don’t forget to bring your binoculars.

Home to thundering waterfalls, fertile rainforests and incredible ancient rock art, World Heritage-listed Kakadu National Park is an Australian treasure. You will also visit the Bowali Visitors Centre in Kakadu National Park with an expert Scenic Tour Director who will explain the importance of the ancient Aboriginal rock art at Nourlangie Rock. For a spectacular bird’s eye view of this gem, Scenic offers you an optional flight over the national park at an added charge. Explore the wetlands of Yellow Water Billabong, and spot the lounging crocs beside the banks, along with a vast variety of vibrant birdlife.

The indigenous culture of Australia is one of the oldest in the world. A visit to the Northern Territory offers a rare opportunity to touch upon this sacred culture and take home some of its ancient spiritual teachings. From Creation stories that talk of enormous sand pythons carving out mountainous landscapes to fascinating rock art that are some of the oldest in the world, learn about the culture of the traditional custodians of this land.
With Scenic, during your visit to Katherine, you will create your own indigenous style of painting, learn to throw a spear, and hear fascinating Dreamtime stories. 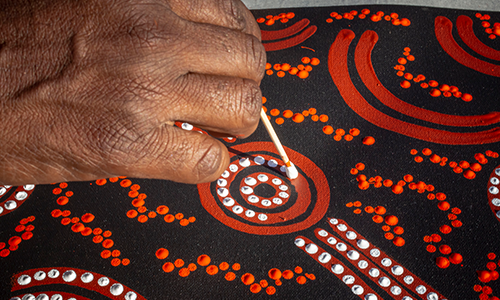 In Nitmiluk National Park, you will have the rare opportunity to enter the spiritual world of the Jawoyn people on an enlightening dinner cruise, as you hear the fascinating Dreamtime stories against the magnificent backdrop of towering cliff faces that change colour as the sun sets – an exclusive Scenic Enrich experience.

The breathtaking beauty of Kimberley

As you cross from the Northern Territory to Western Australia, the Kimberley region will serve as a fitting introduction to the many ethereal wonders of WA. A land of dramatic extremes, you’ll find an arid outback, flaming red canyons, limestone cliffs, roaring waterfalls, cool freshwater pools, pristine beaches, and oodles of greenery as far as the eye can see.
The vast Kimberly region is three times the size of England and filled with a range of exciting wildlife experiences. To fully experience this north-western corner of the country would take weeks. However, for a sneak preview of all the wild and wonderful things in store, take a leisurely Kimberley Snapshot cruise. Experience one of nature’s finest marvels, the incredible Horizontal Falls, up close on a thrilling tender ride, or see the phenomenon from the air on a helicopter ride. Watch the emerald waters dramatically cascade off the Montgomery Reef to reveal a world of marine life otherwise only visible underwater, discover tranquil islands, bays and billabongs that are perfect for a relaxing swim. The Bungle Bungles are one of the most popular features of Western Australia. Located in Kimberly, World Heritage-listed Bungle Bungle are 300-metre tall sandstone domes covered in orange and black stripes, formed by weathering of the sandstone over the years. This sandstone domes are over 300 million years old and have been sacred to the Karjaganujaru people, the traditional owners of the land, since over 40,000 years.

Bungle Bungle was first viewed from the air by a documentary filmmaker, who then made them famous in the western world. Even today, the best way to view this labyrinth of colossal beehives in from the air, and Scenic gives you the choice to do just as part of the new Mystical Kimberley itinerary which also includes a once-in-a-lifetime overnight stay amongst this iconic region. 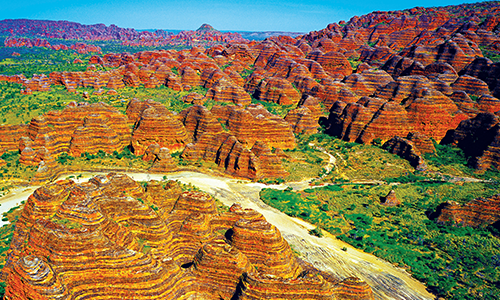 El Questro Wilderness Park is found within El Questro Station, a vast working cattle station, “near” Kununurra on the Gibb River Road. Witness nature’s playground of grand canyons and mountain ranges, freshwater waterholes, and Aboriginal rock art. Immerse yourself in your surroundings at Emma Gorge Resort and see a sublime sunset complemented by a Scenic Sundowners event of drinks and canapes. There is so much to do in this remote region, and you can choose a cruise through spectacular Chamberlain Gorge, learning about traditional medicines, hunting techniques and the use of fire, or taking a peaceful a bird watching tour.

A two-hour drive from Western Australia’s Broome will bring you to another famous WA landmark, the Derby Boab Prison Tree. This ancient tree is said to be about 1,500 years old, and with a girth of 50 feet and large hollow centre, is truly a rare gem of nature. While the name of the site comes from the fact that this majestic tree was once used as a temporary prison for aboriginal prisoners, the Derby Boab Prison Tree is also incredibly sacred to the Nyikina people, the traditional owners of the land. The tree is now protected under the Aboriginal Heritage Act 1972, as well as Western Australia’s Register of Heritage Places.
As an exclusive Scenic Enrich experience, you can not only visit this incredible Aboriginal site, but also meet a descendent of a Boab tree prisoner in the flesh. Enjoy an immersive experience as the traditional landowner tells you about how his grandfather served both as a prisoner as well as a prison warden at the Boab prison tree. A once-in-a-lifetime opportunity you cannot afford to miss. 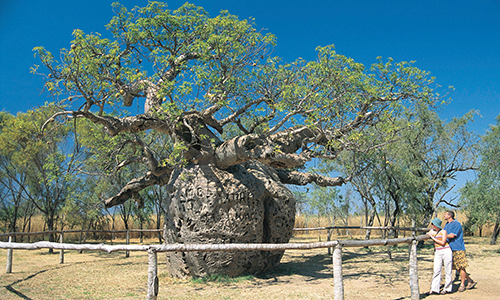 Where the outback meets the beach

The laid-back coastal town of Broome is loved for its vibrant sunsets, tropical weather, and beautiful beaches. Enjoy a camel ride along Cable Beach at sunset and visit Willie Creek Pearl Farm for insights into this locally thriving industry. A Kimberley and Top End holiday offers some of Western Australia’s most unique wilderness experiences – moments of wonder that will capture your imagination. 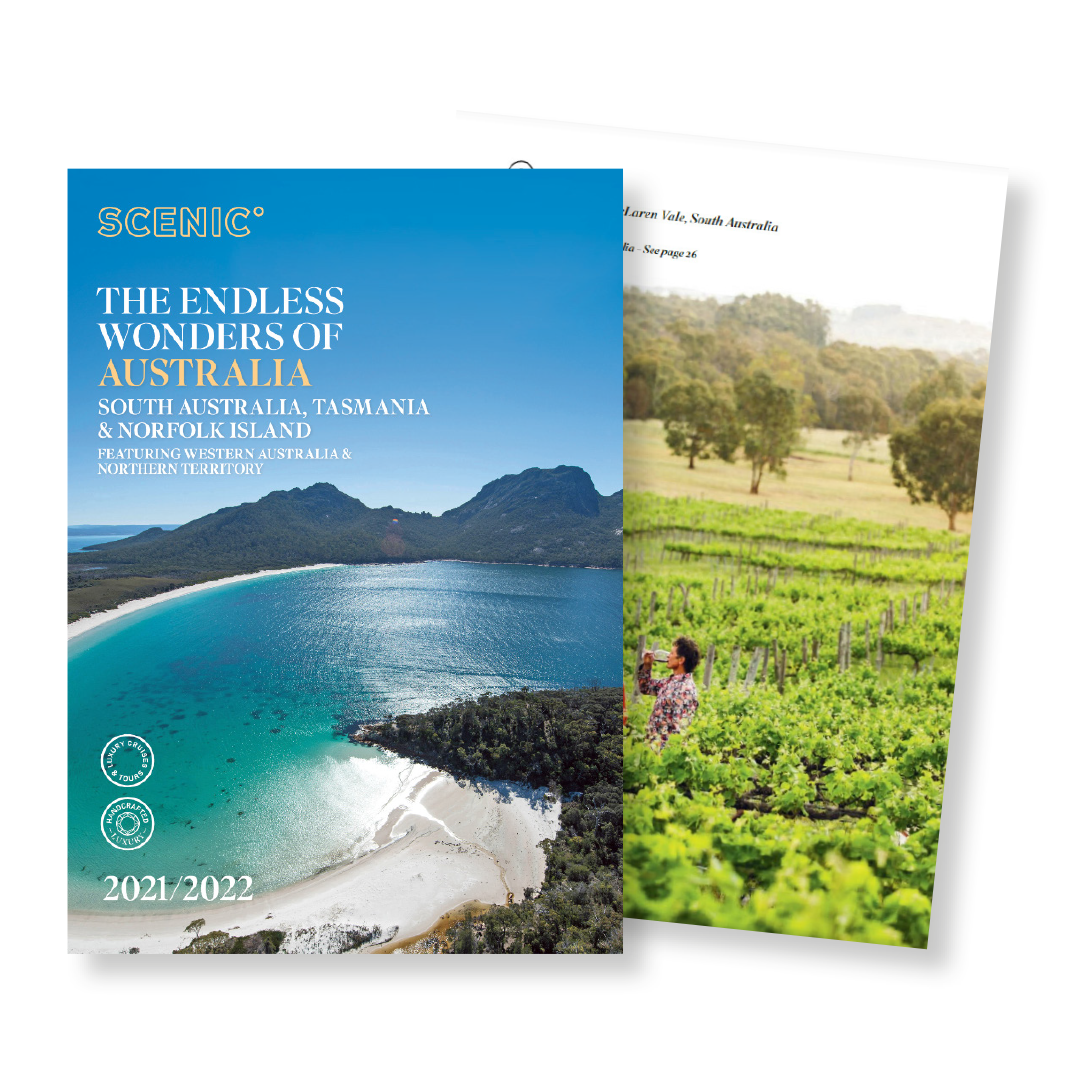