The Passion Play of Oberammergau – a once-in-a-decade event
The year was 1633 in Europe, and all around was death and misery. The ruthless bubonic plague was spreading across Europe and the situation was no different in Germany. Flagellants punished themselves, while others looked for ways to appease the evil plague, hoping to save humanity from the deadly disease.
In a little town in Southern Bavaria, Oberammergau, the residents prayed fervently to escape certain death. They tried to appease the Almighty with an offer to perform a play on the life of the Jesus of Nazareth every decade, provided the town was spared from the monstrous malady.
Inexplicably, not only did the death toll in the town start to drop but some of the ailing began to recover – from 20 deaths in one month in March 1633, the death rate dropped to just one in the month of July. Faith can sometimes move mountains.
The villagers kept their promise and staged the first Passion Play at the Pestilence Cemetery, over the graves of those who had died of the plague. Since then, generations of Oberammergau natives have kept their pledge over the centuries, through the performance of the now renowned Passion Play.
The participants devote a year of their lives to re-enact the life, death and resurrection of Jesus. All of the people taking part in the Passion Play (or as it is known in German “Passionsspiele”), are local residents who carry on their normal everyday lives such as doctors, teachers and housewives. Men grow out their hair and beards to make the look authentic to the time. Costumes are handmade. The play is performed in German and all of the main speaking parts, by law, are filled by residents who were born in Oberammergau or have lived there for at least 20 years. The Passion Play of Oberammergau in 2022

In the Passion Play of Oberammergau 2022, around 2,000 people, almost half of the total population of Oberammergau will participate, making it the largest amateur stage performance in the world. It is anticipated over 750,000 people from all over the world will attend.

The schedule for Passion Play of Oberammergau 2022 starts from mid-May and runs till early October. Even though a total of 102 performances of the play are held during this period with a seating capacity of 4,400 per show, the tickets sell out quickly.
In 2022, Scenic will be running three itineraries from 21 May to 24 September:
Each of these will also link to the below river cruises:

Bohemian Sojourn & Oberammergau
Prague to Munich
Over 7 days travel from Prague to Munich and explore the rich histroy and stunning architecture. In Oberammergau, attend a performance of the epic play.
Offers Available
Save $400 per couple Earlybird fare per couple
Conditions apply
7 day
From (NZD)
$ 6,225
Discover

Gems of the Danube with Bavaria & Oberammergau
Budapest to Munich
Offers Available
Save $1,000 per couple Earlybird fare per couple
Conditions apply
11 day
From (NZD)
$ 8,310
Discover

Jewels of Europe with Alpine Highlights & Oberammergau
Amsterdam to Zurich
On this 22 day cruise & land tour from Amsterdam to Zurich, enjoy a luxury river cruise along the Rhine, Main & Danube before touring from Vienna to Zurich.
Offers Available
Save $1,000 per couple Early payment discount per couple
Conditions apply
22 day
From (NZD)
$ 17,735
Discover

Rhine with Alpine Highlights & Oberammergau
Vienna to Amsterdam
From Vienna to Amsterdam, enjoy a luxury tour through Austria, Germany and Switzerland before enjoying your all-inclusive cruise from Basel to Amsterdam.
Offers Available
Save $1,000 per couple Earlybird fare per couple
Conditions apply
15 day
From (NZD)
$ 12,195
Discover 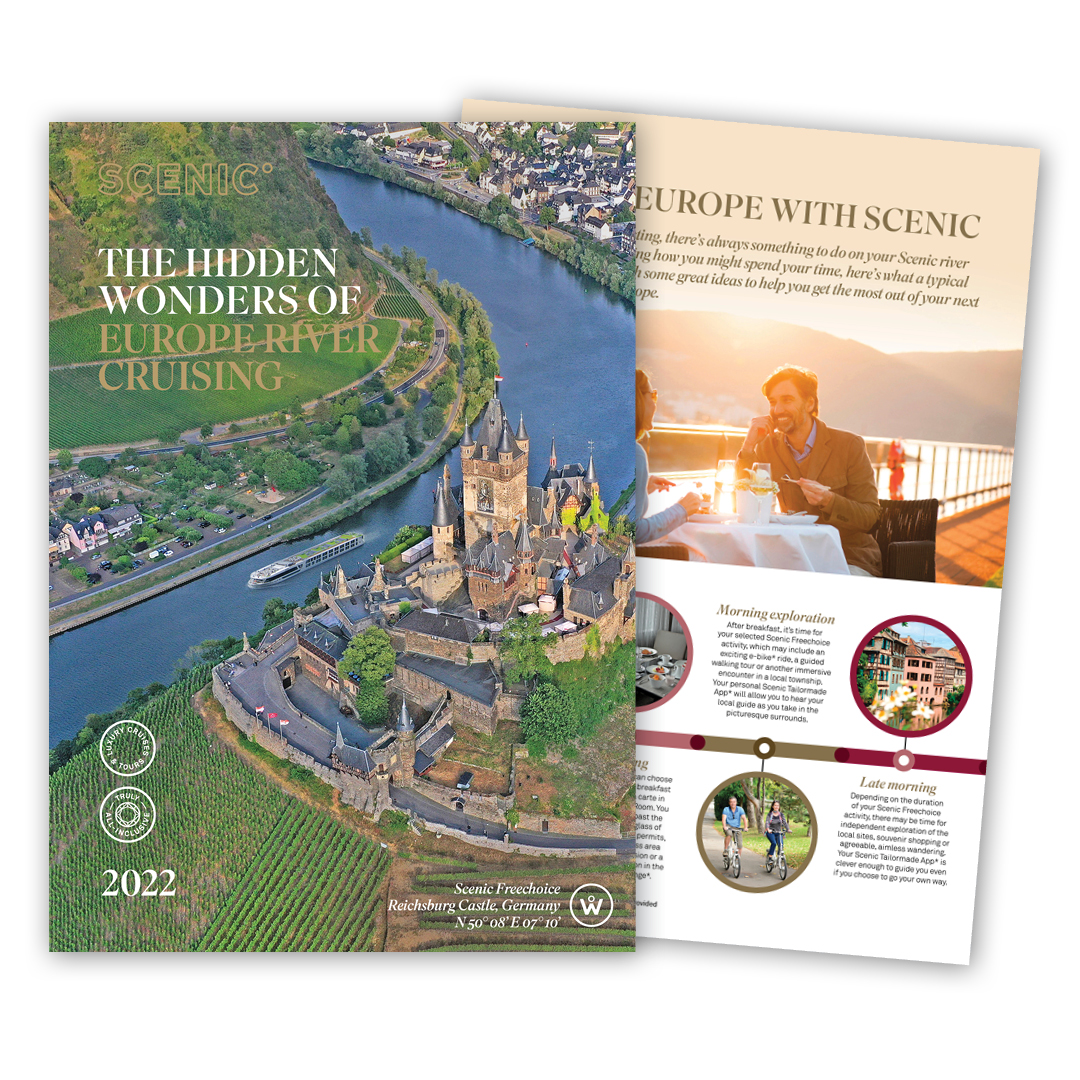